The Paths of Survival, by Josephine Balmer.

Continuing the experiment;  celebrations of books I enjoy or admire as I read them. This one is very good, very enjoyable, and very worth reading. Clicking on the link below will take you to my web site and an extended bout of enthusing about the book.... 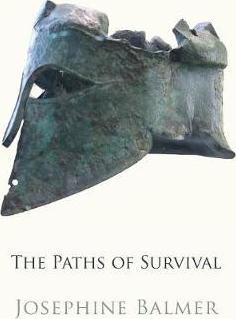 http://www.liamguilar.com/blog,
Posted by Liam Guilar at 11:51 AM 2 comments: 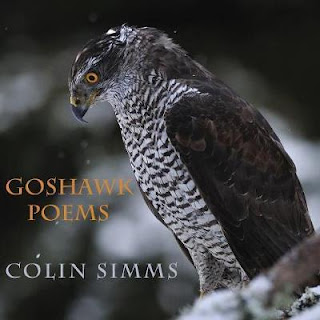 http://www.liamguilar.com/blog/
Posted by Liam Guilar at 10:37 AM No comments:

I first heard his poetry, rather than read it, in the 1970s, on a crackling record.  He was reading with Allen Ginsberg and others. Ginsberg did a theatrical performance of 'The city of Yes and the City of No". I've forgotten the actress who read it,  but she gave an electric performance of 'Monologue of a Broadway Actress'. Which doesn't look much on the page:

Said an actress from Broadway
time had pillaged like Troy:
'There are simply no more roles.
No role to extract from me all my tears,
no role to turn me inside out.
From this life, really,
one must flee to the desert.
There are simply no roles any more!
Broadway blazes
like a hot computer
but, believe me, there’s no role-
not one role
amidst hundreds of parts.
Honestly, we are drowning in rolelessness...
Where are the great writers! Where?
The poor classics have broken out in sweat,
like a team of tumblers whose act is too long,
but what do they know
about Hiroshima,
about the murder of the Six Million,
about all our pain? !
Is it really all so inexpressible?
Not one role!
It’s like being without a compass.
You know how dreadful the world is
when it builds up inside you,
builds up and builds up,
and there’s absolutely no way out for it.
Oh yes,
there are road companies.
For that matter,
there are TV serials.
But the roles have been removed.
They put you off with bit parts.
I drink. Oh, I know it’s weak of me,
but what can you do, when there are no more people,
no more roles?
Somewhere a worker is drinking,
from a glass opaque with greasy fingerprints.
He has no role!
And a farmer is drinking,
bellowing like a mule because he’s impotent:
he has no role!
A sixteen-year old child
is stabbed with a switchblade by his friends
because they have nothing better to do...
There are no roles!
Without some sort of role, life
is simply slow rot.
In the womb, we are all geniuses.
But potential geniuses become idiots
without a role to play.
Without demanding anyone’s blood,
I do demand a role! '


One of the strangest and most enjoyable nights of my teaching career involved taking a group of high school students, none of whom spoke Russian, to see Yevtushenko give a reading in Brisbane, of all places. He was mesmeric.

That done, the amiable man beside me, appearing
fatigued beyond ever standing upright again,
murmurs his thanks then rises without effort
into an altered state, discernibly magnified
in voice and in spirit, head thrown back,
calling out his poems in their own language and
filing the hall with the cry of a cantor, a triumphant pleading.

If those were English words the sounds we're hearing
would need to be a thousand years old.
(Roy Fisher, Bureau De Change)
Posted by Liam Guilar at 7:50 PM No comments: