Review of Nicholas J Higham's King Arthur: the Making of the Legend. 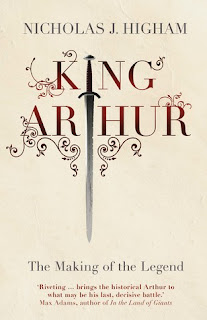 My review of Nicholas Higham's King Arthur is online at The Brazen Head.
https://brazen-head.org/2020/12/15/the-once-and-un-killable-king/
Posted by Liam Guilar at 1:30 PM No comments:

Carmilla 2020 or 'The Governess was Repressed' 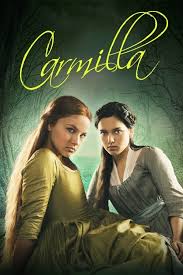 In 1970 Hammer released a film called ‘The Vampire Lovers’. It was their version of Joseph Sheridan Le Fanu’s iconic 19th century vampire story, Carmilla.  It played with the narrative’s sequence, making Marcella/Carmilla’s vampiric character too obvious from the start.  While its casting was undoubtedly strange, and Carmilla is far more predatory in an indiscriminate way than she is in the story, it stuck reasonably closely to the plot and can be watched as a reading of the story. Hammer did make the obvious mistake of thinking two topless women in a room with no men was box office gold.

This 2020 film version claims to be based on Le Fanu’s story, it also seems to think that two young women kissing each other is art house gold, but it has so little in common with what Le Fanu wrote that it’s difficult to see why they bothered to call it Carmilla.

If you know Le Fanu’s little masterpiece, a plot summary of the 2020 film is all you need. (You can use the Carmilla/Le fanu links in the side bar or below to read about both Le Fanu and Hammer's version.)

Laura is a disconnected fifteen year old living in a big house in a generic somewhere, with only her father, a governess who likes to strap up her arm to stop her using her left hand, and a generic (I’m guessing) west Indian maid. She is looking forward to a visit from a friend. She hears the friend is ill and can’t come. The Governess is creepy and lingers a little too closely over her charge when she’s in bed.

A carriage crashes. The driver is killed but a young girl is saved and brought into the house. She has lost her memory. Laura is fascinated and the two girls are physically attracted to each other. The governess interrupts them rolling passionately on the floor.

The governess, having given Carmilla a good beating, convinces the local doctor that Carmilla is a Vampire. Her evidence is so flimsy it’s laughable. She found a book about vampires in the wreckage of the carriage, no one knows who the girl is and girls are getting sick . Oh and a dog barked at her….it sounds like we’ve strayed into The Turn of the Screw. Her attempts to convince the doctor includes an awkward sexual encounter, but whether this is just repression breaking loose or her way of making him take her side against Carmilla is hard to tell. Neither of them seem to be having any fun.

The girls escape and drift away from the house, but not too far. The Governess, the doctor and a random estate worker easily track them down. They slam a stake through Carmilla’s heart. The father turns up and carries Laura away. He does this for a very long time. Then we see Laura standing by a pond throwing stones in the water for a very long time and that’s the end of the very long, very slow story.

The film makers have stripped out everything that makes Le Fanu’s story what it is. Whatever was subtle and ambiguous has gone; it was gone from the Hammer film too, but in this film they have replaced it with close up shots of insects and pictures of Laura wandering in the grounds, or Laura running in the grounds with Carmilla.

What’s most surprising is that Carmilla is not a vampire in this film. Why you’d do this to the story is baffling. In both Hammer’s version and this one, the sexual aspect is amplified at the cost of the story. More effort goes in to building sexual tension between the two girls than to telling any kind of story. And on and on.

If they had called this Laura and the Stranger…or The Lovers or The Governess was Repressed it would at least have been honest and would have stood or fallen on its own merits as a story about repression and adolescent fantasy. It wouldn’t have been all that interesting or convincing.

But as a version of Sheridan Le Fanu’s Carmilla, it’s just crass.

Posted by Liam Guilar at 8:43 PM No comments: