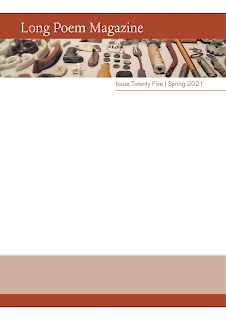 Delighted to be in this. The first chapter of the story of Vortigern and Hengist's daughter which follows on from A Presentment of Englishry.

The second chapter is up at  https://brazen-head.org/2021/02/28/britannia-in-peril-an-extract-from-an-epic-of-britain/

The story begins with the nameless narrator being sold. His new master gives him instructions:

Come! I promise, you will not be harmed.

Of course, he lied. Behind that door

was something worse than many kinds of death.

But the spears for emphasis,

so I followed him inside.

The door hanging fell and cut the light behind us.

A single loom, a bed behind a curtain,

a tripod burning something fragrant.

A hag, slack-jowled and toothless

looked up from her spindle, unconcerned

and a woman, in profile by the central hearth

This is my daughter. You will teach her;

British, Latin, you were a Christian, you will

Though he spoke like a man treading a considered path,

scared as I was, his ambition seemed a little crazed.

You will sing her the songs of your people.

We sail for Britain in the spring.

If you live that long, I will take you with me.

Until then you will teach my daughter.

She will be a queen; my grandsons will be Kings.

Repeat what I just said.

I did but failed to reproduce his certainty.

Posted by Liam Guilar at 2:26 PM No comments: