Lady Godiva and Me is back in print 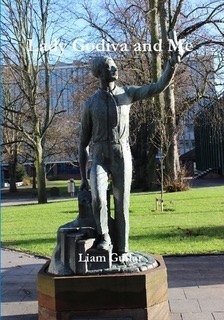 A lightly revised second edition, available from Lulu, Amazon US or UK, and from the shop at www.liamguilar.com

Posted by Liam Guilar at 9:39 AM No comments:

This is the second of three posts tracking how a story involving a ‘Vortigern’, which runs clearly from Gildas, to Bede to the Anglo-Saxon Chronicle, will become a story about Vortigern, which can be traced from the Historia Britonnum to its elaboration under Geoffrey of Monmouth and from him to Laȝamon.

In what becomes the ‘English’ version of the story, the events remain the same: three ship loads of Germanic warriors are invited to Britain and then turn on their employers. But there are important shifts in emphasis across these three texts.

As in all Medieval sources, genre, purpose and context have a significant impact on the information and as in so many early medieval sources, they give the frustrating sense that we are reading eye-witnesses to important events who could have told us what we want to know but who, instead, are obsessed with telling us about their neighbours’ hats.

‘Gildas’, is the only surviving insular source for the fifth century but was probably written in the first half of the sixth. Imagine trying to reconstruct the history of British settlement in Australia from one sermon delivered a hundred years after it happened, ritten by a radical evangelical who saw history in terms of divine reward and punishment.

On the other hand, Gildas was obviously educated, part of a literary culture, and writing about events which may have occurred within three generations, which is usually considered to be the reliable span of oral history. So, tread carefully, but don’t write him off.

He is writing an open letter to castigate his contemporary Britons for their sinful ways. The historical section at the start shows that their failures in history are a direct result of their turning away from God. The English are the instruments of God’s punishment and a sign of his disfavour. However, at the time of writing, although the English have taken much of the island. If the Britons would only repent, there is still time to get rid of them.

You can read a translation here: https://sourcebooks.fordham.edu/basis/gildas-full.asp
Or if you wish, the Latin is here, with a facing translation: http://vortigernstudies.org.uk/arthist/vortigernquotesgil.htm

The relevant text is in Part one, Chapters 22 and 23. For anyone new to early medieval texts, the fact that the translations and the texts vary, even to the extent ‘Vortigern’ is named or identified, is normal. For convenience, I’m going to quote from the second of the above links.

Abandoned by the Romans, and incapable of defending themselves. A council is held, to deliberate what means ought to be determined upon, as the best and safest to repel such fatal and frequent irruptions and plunderings…

Gildas continues, At that time all the members of the assembly along with the arrogant tyrant are blinded;such is the protection they find for their country (it was, in fact, its destruction) that those wild Saxons, of accursed name, hated by God and men, should be admitted into the island, like wolves into folds, in order to repel the northern nations.

For Gildas, the decision is not simply in keeping with the well-known, late Imperial habit of recruiting tribal allies, although his vocabulary later implies he knew about that practice. For Gildas, it’s a disaster: Nothing more hurtful, certainly, nothing more bitter happened to the island than this.

A great deal of ink has been spilt discussing if ‘Superbus Tryannus’ (arrogant tyrant in the quote above) is a title, an insult, a nasty pun, a name or any combination of these. Some texts and translations give both the phrase and the name. Some just the phrase. You can take your pick, or mix and match, and argue your case. Later traditions would treat it as a personal name and elevate Vortigern to the status of King.

But three things are worth noting.

In Gildas’s version the decision to invite the three ships of Saxon mercenaries is not an individual’s, but taken by a council.

The Saxons are presented as already known to be worse than the Picts and Scots… ‘when absent they feared [the Saxons] worse than death’ they are hated of ‘God and men’.

The decision to invite them is a divinely sanctioned disaster. The implication is that if the Britons had turned to God, they would not have needed to invite the wolves into their home. What utter depth of darkness of soul. What hopeless and cruel darkness of mind.

By the eighth century, when Bede writes his version of the coming of the English, the writer’s context has changed.  The 'English' are now not only dominant in the country, but for Bede, they are God’s chosen people. They are still His instrument of punishment for the Britons, but they are no longer feared seaborne raiders, hated by God and men, who sacrificed a percentage of their captives to ensure a safe journey home.

Although the story is basically the same, the emphasis has also shifted. Bede is writing 3 centuries after the facts and understanding Gildas in the light of his own times. His history is dominated by great individuals: popes, saints, warrior kings, operating without or without God’s favour. His own political landscape is dominated by kings, kingdoms and their wars.

So Vortigern is no longer just a name, but a King, and it is his decision to call in the Saxons: ‘For they [the Britons] consulted how they might obtain help to avoid or repel the frequent fierce attacks of their neighbours, and all agreed with the advice of their King, Vortigern, to call on the assistance of the Saxon peoples across the sea’ [my Italics].

Bede repeats this in his next chapter: they came ‘at the invitation of King Vortigern’. Bede also records that the first chieftains were brothers called Hengist and Horsa.

He says nothing more about Vortigern or the brothers but that’s not surprising. From the arrival of the three ships which he dates around 449 to the arrival of the Augustine Mission in 596, he records nothing about the late fifth or most of the sixth century except a brief reference to a British victory at Mount Badon.

Vortigern in the ASC

Not surprisingly, for the writer of the Anglo-Saxon Chronicle, the English are neither ‘hated of God and men’ nor God’s chosen people/instrument of His punishment for the sinful Britons, nor limited to three hundred years in their rule of the Island. Vortigern is neither evil nor stupid, simply the remembered agent of the Anglo-Saxon arrival.

The ASC mentions Vortigern in only two entries; 449 and 455. The first names him as King of the Britons, and responsible for the invitation. The second, six years later, (there are no intervening entries) records laconically that he fought against Hengest and Horsa; Horsa was killed and after that Hengist became King with his son. There is no mention of what happens to Vortigern.

The genre of these three texts didn’t provide the opportunity for their writers to go into the who, why, how, of biography, even if the purpose behind them made that desirable, which it obviously didn’t. However, having made him into such a pivotal figure, it’s hardly surprising that stories would develop to answer those ‘biographical’ questions: who was this ‘Vortigern’? Why did he do that? What kind of man was he? What happened to him?

In the next post, Vortigern becomes a character with a biography.

(One thing to keep in mind, which I’ll return to later, is that as the stories develop across time the initial scale of the events becomes forgotten.)
Posted by Liam Guilar at 9:07 AM No comments:

The Story of Vortigern