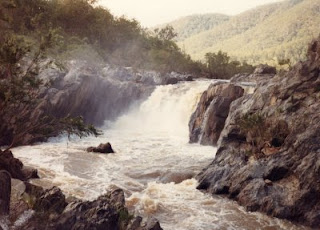 Reading about 18th century attitudes to the sublime (as you do) I came across this quote:
“The need to destroy the power of the beautiful other is an outcome of her very purity, her separateness from the perceiver’s interest. Thus as Mary Shelley presents it, the purity of Kantian beauty is a deprivation that inevitability evokes the enmity of the perceiver, who wants to punish it for its inaccessibility and distance. When woman is the embodiment of that beauty, she is at risk. (Wendy Steiner. The Trouble With Beauty. P17)

The header quote is from a Cohen song. It could just as easily be
"Beauty is the first touch of terror/and it awes us so much/because it so coolly disdains to destroy us” which thanks to google I’ve just learned, after twenty years, is a misquotation from Rilke.

Leofric and Tom can be read as representing two responses to The Other. In this case the Other is a beautiful woman. (Lady G doesn't have to be beautiful for my purposes, but it works just as well if we play along with that idea).

Leofric, in my version, loves his wife. She is God's gift to him. She makes him want to be better, to honour her or words to some such thought. It's like the two players in a duet where one is perceived as being so much better than the other. The positive and healthy response is to rise to the challenge, to want to play better, and in fact to play better. Leofric loves her because she takes his performance as a human being to somewhere he can't get on his own and because he has the self-confirming sense that the feeling is mutual, that he does the same thing for his wife. You could say he's the ideal adult male in an ideal relationship. A bit radical really, a happily married man who loves his wife and is loved by her. Not many of them in fiction.

Tom on the other hand (who seems to me to be very adolescent) experiences nothing but a revelation of beauty. He doesn't see a flesh and blood woman. He sees beauty with a capital B riding past and when he turns back to his little room that is both literal and symbol of his life, he realises he cannot imagine her there, cannot believe she would even give him the time of day if they passed in the street.

Instead of feeling enriched by his encounter with this Other he feels inadequate. He can imagine that body in his bed, but not at his table, or by his fire...and because of that he feels small and ugly and diminished...so he will quickly start to hate her even though she doesn't know that he exists...and his sexual fantasies about her will sour and become an act of psychic revenge. He is blinded to his own true nature. (Trapped in his little room, he doesn't see that he could just as easily step out of it) and to hers because he doesn't see her clearly enough.. Godgifu, for him, becomes Godiva. Like everyone else, he invents versions of other people, only in his case his version is an impossible ideal that diminishes him.
His ability to see clearly is destroyed.
Posted by Liam Guilar at 4:56 PM