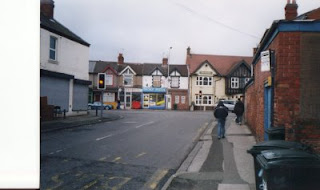 Row after row of terraced houses, obdurate, patient. The little gardens attempt the personal, resist the rubbish, the graffiti, the drunken louts who rip the heads off roses and leave them where they fall.

Chinchua Achebe tells a story about how, while studying English literature in Nigeria, one of his class mates suddenly jacked up and objected to the savages in the book they were reading. It was not, he argued, an accurate picture of him or his relatives. Achebe realises that the funny tribal savages in the book who he doesn't find funny, are supposed to be his people. And he knows they aren’t.

I’ve just had a similar reaction doing my homework and reading up on Marxist criticism. I suddenly realized “the working classes” and “the masses” weren’t theoretical abstractions but those men who used to drink tea and smoke in the front room. The patient bemused faces in the smoke watching Liam Groves and I attempt a world record for the time it took to clear one frame off a snooker table at the Chrysler Working Men’s club, those same men and women who worked hard and scrambled to save, whose best ideal was a two week break at Bognor bloody Regis, deck chair on the beach, kids playing in the sand and if you were really lucky, it didn’t rain…(my Dad’s version of this heaven was a deck chair, shade and a book). The annual trip to the Blackpool lights. Skeggy, Brighton. Coach trips to...

Bollocks.
Like those educators preaching a hermeneutics of suspicion.

I’m so glad I grew up before people worried too much about ideology in education. At school no one said: you are mostly the sons of working class migrants, derided and distrusted ethnic minorities, marked by religious beliefs that cut you off from the powerbrokers. You have no need for art because it might infect you with values that are not yours. 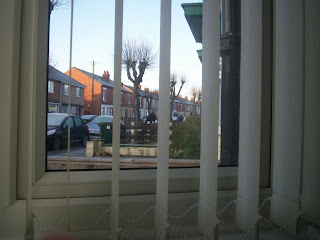 Go home to your little working class fox hole and when you get to fifteen you can leave school and tighten wheel nuts on the production line. Or we’ll pay you to go “interact” with your relatives in Northern Ireland as part of a three year stint in the infantry.

Bollocks.
They said: here it is, the past and all its treasures, the literature of the world, (well, English mostly but this is England and we are offering you what we have, not what we stole). It’s yours for the taking;if you want to work for it.

The books revealed that not everyone thought and felt the same way as the people around me. That was liberating thought number one. 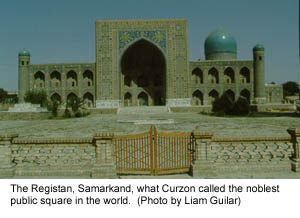 Liberating thought number two, the books suggested there was a world beyond the city limits and it was waiting to be explored: straight out of Coventry and all the way to Samarkand, via America, Europe, Australia, Indonesia… theorise that one.
Posted by Liam Guilar at 3:40 PM